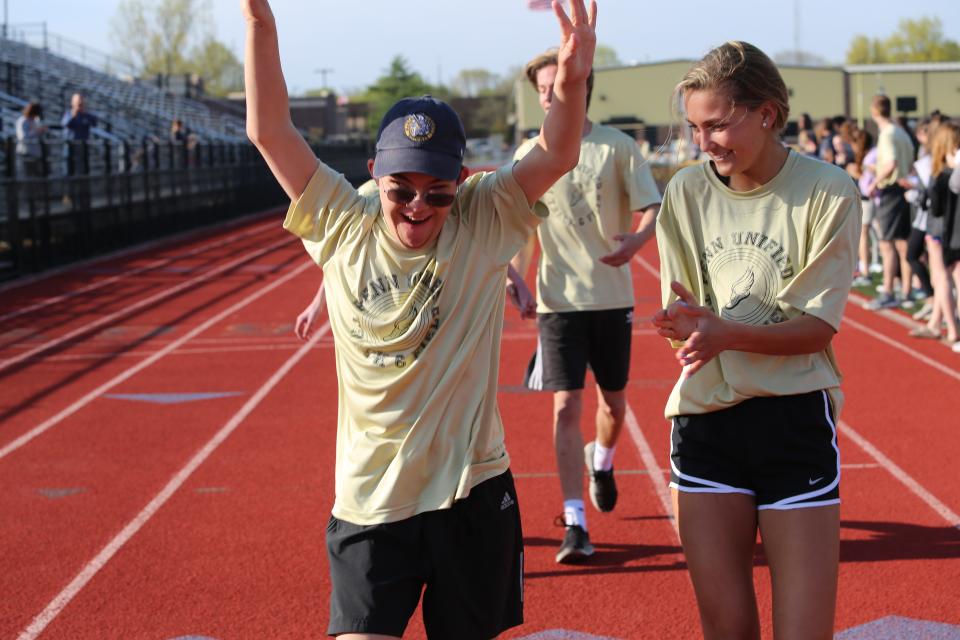 Penn hosted its first ever Unified Track and Field Meet yesterday (Wednesday, May 8). Exceptional Education student-athletes and their partners from both Penn and Elkhart Central High School competed in various competitions such as long jump, shot put and track races.

The clouds and rain cleared out giving way to warm weather and sunny skies for the after school event hosted at Penn’s TCU Freed Field. Click here to see the full photo gallery on Penn’s website.

It was also a special night of recognition for these three seniors: Many of Penn student-athletes from various Varsity teams came out to volunteer for the event as time keepers, measuring jumps and throws, etc. Unified Track and Field is the newest Indiana High School Athletic Association sport in the Champions Together format. It is partnered with Special Olympics. Unified Track and Field pairs student-athletes with intellectual disabilities with partners without disabilities giving the student-athletes the opportunity to compete for a varsity sport. This is the first year for Penn’s Unified Track Team. Penn’s team this year had eight athletes and 14 partners. Click learn more.

So far Penn’s Team has competed in three meets:  April 24 at Elkhart Memorial, May 3 at Goshen, and May 8 at Penn. The Kingsmen team will also participate in the IHSAA State Tournament, starting with the Sectional on Saturday, May 18, in Griffin at 11:00 a.m. EST. 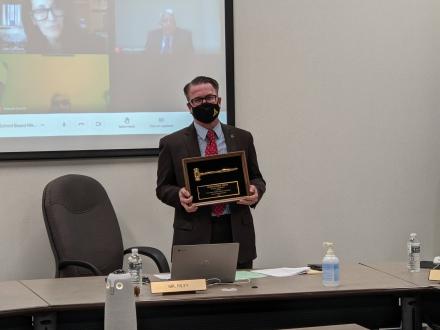 At the Penn-Harris-Madison Board of School Trustees meeting held Monday, January 11, 2021, three... 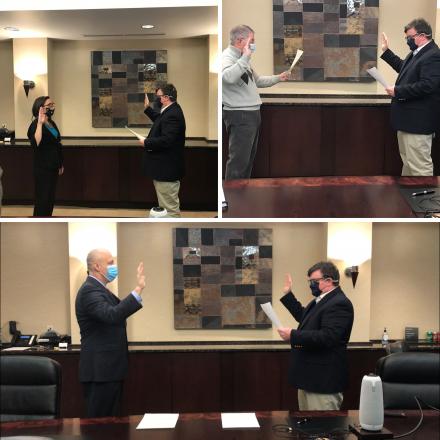 Dr. Thacker's letter to families concerning the events of Jan. 6, 2021 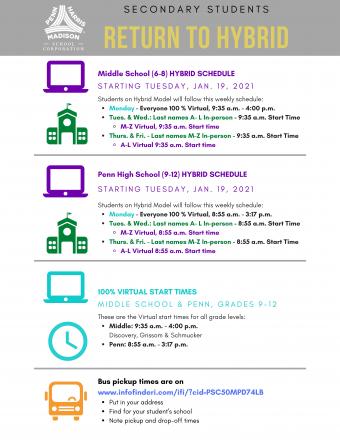 This email was sent to parents on Thursday, January 7, 2021   Back on November 18...
END_OF_DOCUMENT_TOKEN_TO_BE_REPLACED